Engaging in peaceful protest is powerful 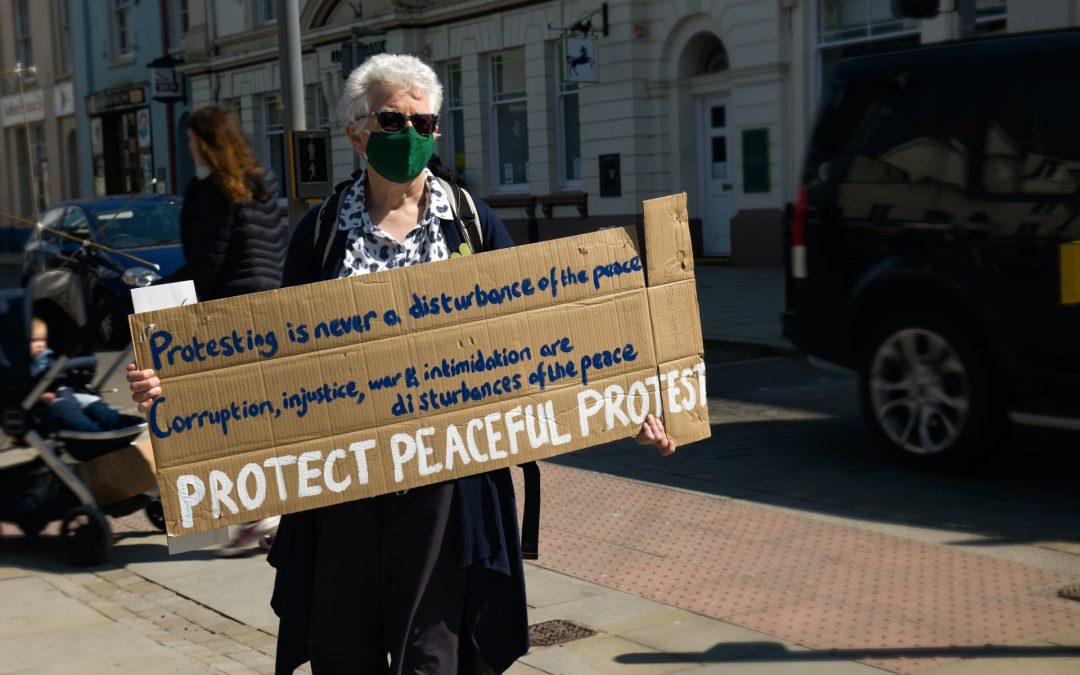 What does it take to bring about political and social change? Armed conflict or non-violent protest?

At a well-attended Keynsham Extinction Rebellion event in February, a speaker told the audience that their aim is to get 3.5% of the UK’s population engaged in peaceful protest.

This figure is based on compelling research by Professor Erica Chenoweth, a political scientist at Harvard University. She studied non-violent campaigns across the world and found that it takes around 3.5% of the population actively participating in peaceful protests to drive meaningful political change.

Prof Chenoweth argues that non-violent campaigns are more likely to succeed than revolutions or coups because they attract broad support across society. They give people many options to get engaged in ways that don’t put them in physical danger, and the openness of their campaigns makes it easy for people to find out where, when and how to act.

She also points out that the number of actively involved people is usually the tip of the iceberg. Beyond that 3.5%, millions of people are quietly supporting change through the ballot box or through charities and organisations that directly or indirectly support the cause.

Will XR and the other organisations that share its aims reach the 3.5% sweet spot? I hope they will. Together with organisations like Insulate Britain, which is made up of mostly older, professional, retired people, and the Climate Strike movement of school children, it is embracing a broad coalition across society.

Another organisation has recently emerged. Just Stop Oil is a movement of young adults demanding that the government immediately stops all fossil fuel investment. Like Insulate Britain, their non-violent tactics involve creating disruption.

The government is moving to make non-violent protest illegal. Is this because they are worried that we are approaching the 3.5% tipping point? I think it might be. It makes me even more determined to make my voice heard. If everyone who cares about the future of our planet gets involved in peaceful climate protest, we really can change the world.

For more information on Extinction Rebellion Keynsham, find them on Facebook.

This article was first published in the Keynsham Voice – March 2022

Photo by Marc Pell on Unsplash